The Mudras or Yoga of the Hands and Fingers 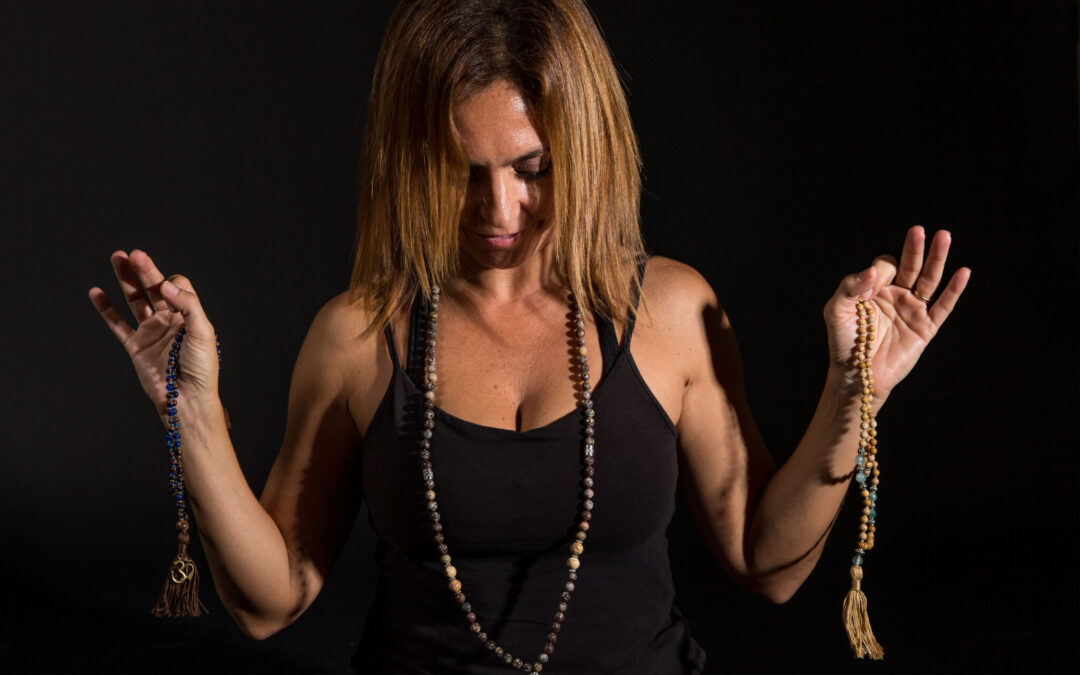 Did you know that you can also do yoga with your fingers and hands? The gestures that we adopt flexing, bending, placing, pressing the fingers, in a specific way, are called Mudras. Some cultures consider them sacred gestures. But they are more than that. Mudras have therapeutic benefits for those who practice them.

In this article we will talk, among others, about the practice of Varuna Mudra, and its therapeutic properties to cope with the side effects produced by the hormonal imbalance caused by Menopause. The word mudra in Sanskrit means seal, mark, or gesture. These gestures are traditionally used in religions such as Hinduism, Buddhism and Jainism, as part of spiritual practice.

How Do Mudras Work?

These asanas (positions of the hands in an intentional way) are a technique to give clear messages to the body-mind system. Used as a vehicle of energy and transmission of intentions through the nerve endings of the fingertips, they communicate a message to the mind. They also help to improve the flow of energy and, therefore, can have a healing effect. By bending, crossing, stretching, and touching our fingers and palms, we can effectively communicate with our body and mind.

Hands are more than just functional parts of our body, they are an energy map of our consciousness and health. Each area of the hand corresponds to a certain area of the body, as well as different emotions and behaviors.  Like the principle of acupuncture this works by stimulating certain points to  unblock energy.

According to the sister science of Yoga, Ayurveda, which is an ancestral holistic healing system, the fingers act as electrical circuits. The use of mudras adjusts the flow of energy. This avoids the weakening of our immune system caused by the imbalance of the five elements that make up our nature: earth, air, water, fire and ether or space. Each element is represented by one of the fingers of the hand: the thumb represents fire, the index finger the wind, the middle finger represents space, the ring finger represents earth and the little finger represents water.

How are Mudras practiced?

Mudras are traditionally practiced in meditation posture because they stimulate concentration during pranayama (breathing work). But they can also be incorporated into certain asanas or yoga postures.

To obtain the benefits of the gesture or posture chosen, practice for several minutes and, if possible, several times a day. Exert enough pressure to activate and feel that energy activation.

How many Mudras are there?

There are many mudras, and different mudras can be practiced for each problem or ailment, both physical and mental. Mudras can also be classified according to the element they balance.

Some examples of known mudras are:

Varuna Mudra, or Mudra for Menopause

In this article, I would like to highlight the use of Varuna mudra. This gesture serves to balance the water element.  It is considered a cooling mudra as it helps to balance excess fire and heat in the body. Combined with breathing exercises, yoga and meditation, it is a natural and effective tool to combat problems arising from the hormonal imbalance produced by menopause. This helps us cope more smoothly with symptoms such as depression, hot flashes, irritability, fatigue, mood swings, lack of sleep and dryness. It also helps with mental and physical stiffness.

In Varuna mudra, performed with the left hand, the thumb and little fingers are in contact while the ring, middle and index fingers are stretched out. The outer part of the hand is placed on the legs. It is recommended to practice this gesture during meditation, for 30 minutes if possible.

I hope this information has been useful to you, especially if you are a woman in a period of transition. If you are navigating through menopause and looking for simple and natural alternatives to cope, mudras are for you.

“Do not forget that we have the power in our hands.”